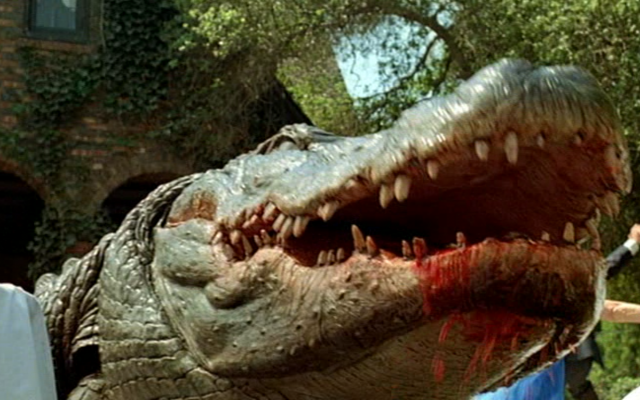 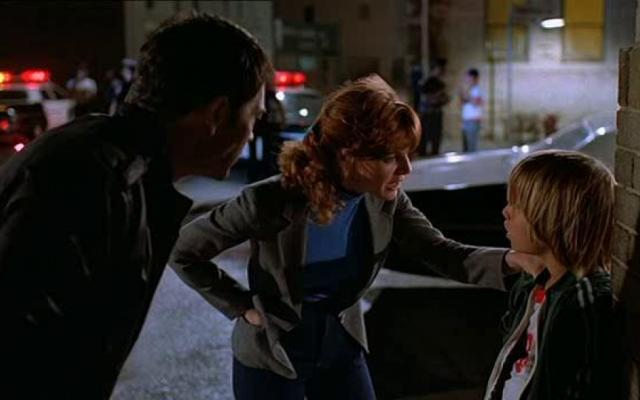 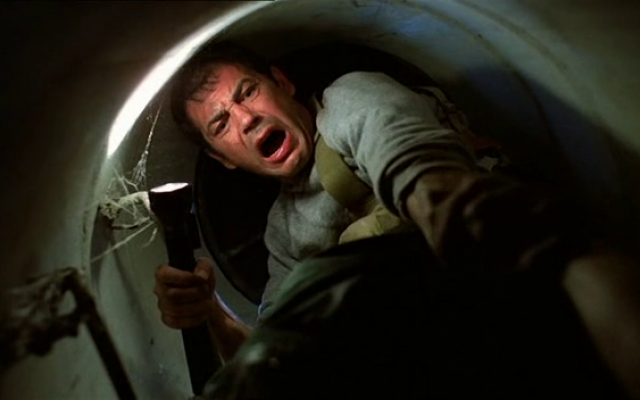 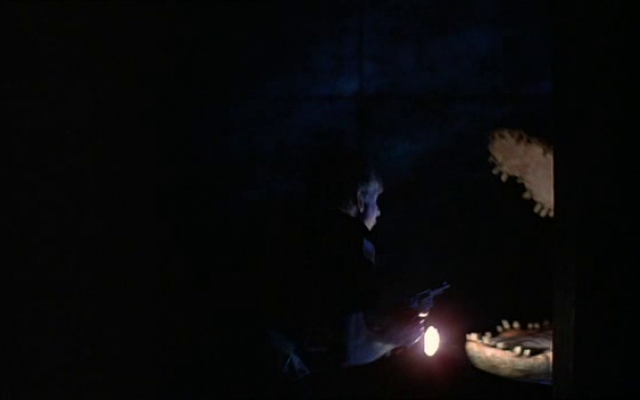 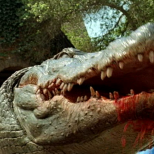 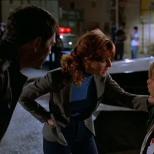 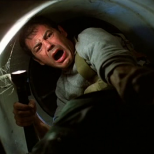 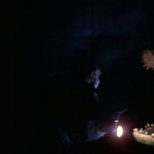 "A teenage girl purchases a baby American alligator while on vacation with her family at a tourist trap in Florida. After the family returns home to Chicago, the alligator, named Ramón by the girl, is promptly flushed down the family's toilet by her surly, animal-phobic father and ends up in the city's sewers.

Twelve years later, the alligator survives by feeding on covertly discarded pet carcasses. These animals had been used as test subjects for an experimental growth formula intended to increase agricultural livestock meat production. However the project was abandoned due to the formula's side effect of massively increasing the animal's metabolism, which caused it to have an insatiable appetite. During the years, the baby alligator accumulated concentrated amounts of this formula from feeding on these carcasses, causing it to mutate, growing into a 36 ft (12 metre) alligator, as well as having an almost impenetrable hide." 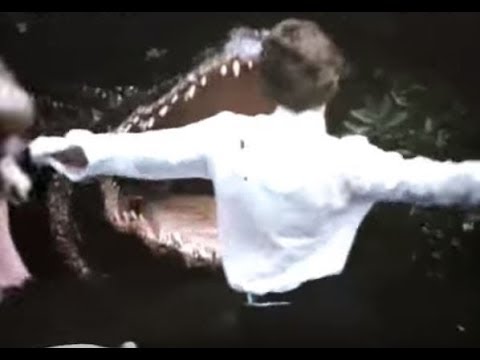 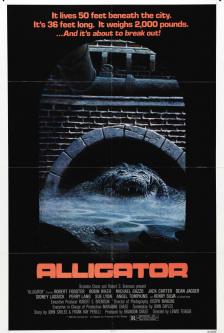