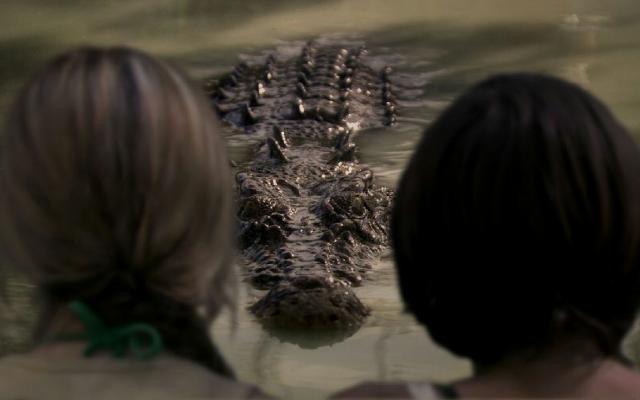 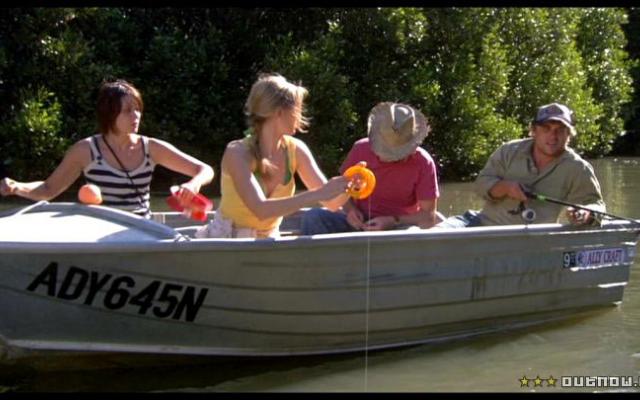 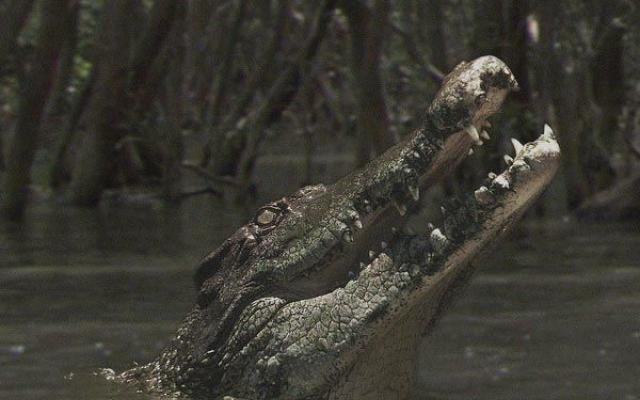 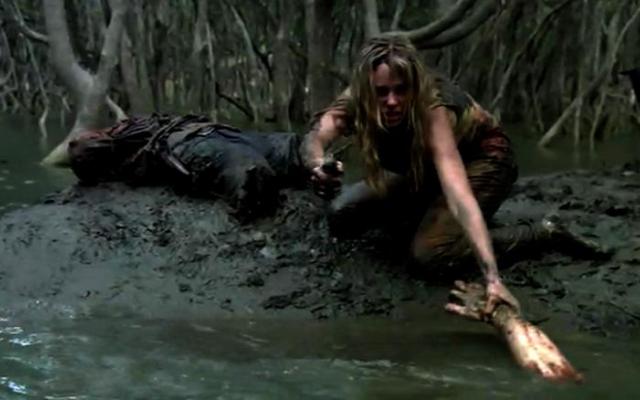 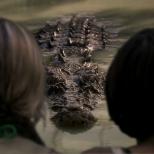 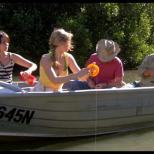 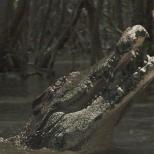 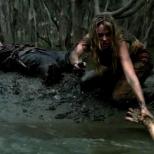 “Grace (Diana Glenn), her younger sister Lee (Maeve Dermody) and husband Adam (Andy Rodoreda) are going on the Blackwater Barry tour out in the Mangrove swamps for fishing. After leaving the home of Grace's mother, Lee convinces the three to go to a crocodile exhibit. They learn that local male crocodiles can grow to massive sizes and are extremely dangerous.”[...]

“After failing to catch any fish on the usual route, the boat is bumped by something in the water. Jim removes an old paint can from the river, stating that it is the object that hit the boat. He then suggests that they steer off course, deeper into the swamps, where he believes fish larger than usual may be.” 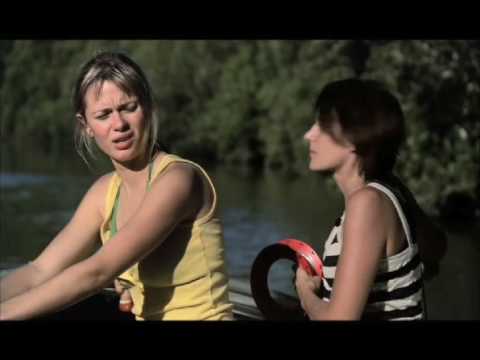 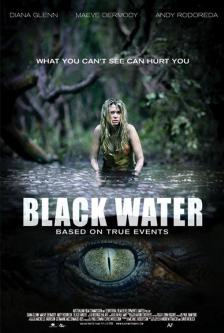